As a basketball fan, I can honestly say that I’ve really enjoyed watching Great Britain compete at the London 2012 Olympic Games. Having both men’s and women’s teams there amongst the world’s best players has been good for British Basketball, and their performances have certainly been credible.

The GB Men’s team (ranked 43 in the world) pushed Spain (2) all the way to the final seconds, while the women’s team (ranked 49) have been punching above their weight, challenging Russia (3), France (8), and Canada (11) in close games. There has been some entertaining play, and the effort and intensity that both squads have brought to every game should be recognised and applauded.

Have they done well? …Yes.

Could they have done better? …Absolutely.

As a Sport Psychologist, I’ve had a slightly different and somewhat frustrating experience of watching the GB squads on their Olympic adventure. They certainly aren’t as talented as some of the other teams in the competition; I don’t think anyone would argue with that.

So in order to go that one step further and start winning the games that they’ve done so well to keep close, they need to be mentally perfect. While I know it’s easy to say that from the sidelines, let me give some examples of what I mean.

I was lucky enough to be at the GB v Spain game last week, and watched as GB clawed their way back into the contest in the final minutes (I’ve been to some basketball games in my time, but I’ve never heard anything like the noise in that arena as the crowd sensed that GB could actually win).

But then I saw a series of poor decisions… tired decisions… that essentially cost GB that game. Now don’t get me wrong, Luol Deng is a fantastic player and was key in keeping GB in the game, but he turned the ball over twice in the final minute. The first was when he jumped to make a pass and the ball ended up sailing out of bounds. The second occurred when he tried to keep dribbling a loose ball instead of just getting two hands on it.

Any junior coach will tell you these are cardinal basketball sins! Still GB had a chance to win the game as Deng hit a huge three-pointer to bring them within one. But instead of finding a man to foul as the shot went down, GB stood and watched while Spain dribbled out the clock (in fairness, Dan Clark tried to chase him down, but where was everyone else?).

The GB women have also put on some fine performances throughout the tournament. The Canada game was theirs to win, but again, some questionable game management, some poor decisions, and some mental lapses in the final 90 seconds cost them their first Olympic win.

If one person switches off for a second and fails to box out their man, all of a sudden you’ve got a 4 point swing in the game and you’re down 3 instead of up 1, and left chasing the game.

The point is that none of these errors are borne out of a lack of effort or talent. As players get tired and the game gets close, they need to rely on more than just physical conditioning. They must be able to fall back on their mental conditioning as well.

As I wonder about the importance placed on Sport Psychology in British Basketball, there are a few things that are certainly needed:

Belief. Self-belief is vital, and I think with some of these performances, both GB squads are starting to believe, and I mean truly believe, that they can not just compete with, but win games against some of the best teams out there… and they’d be absolutely right.

A Focus on Processes. Whether it’s the first or last minute of the game, the focus should be on what’s important right now.  Is it to box someone out?  Is it to make sure this pass goes where I want it to? Is it to get back on defence and contest a lay-up instead of complaining to the referees? Focussing on these processes, these things that can make the smallest of differences at the time, can make the biggest of differences later on.

Handling Pressure. There have been some amazing displays of grace under pressure during these Olympic Games (Kristian Thomas’ floor routine in the men’s gymnastics team event springs immediately to mind). What strategies do our basketball teams have to cope with the pressures of competing at the highest level? Do they have the skills that enable them to relax on cue and maintain focus when the pressure’s really on?

In fairness, Deng was the first to admit that he made some careless mistakes during the tournament. Coach Chris Finch has also highlighted the need for his players to be more mentally tough in the closing stages of games. As John Amaechi mentioned in his commentary, teams must be mentally tough for 40 minutes, not just the last five. 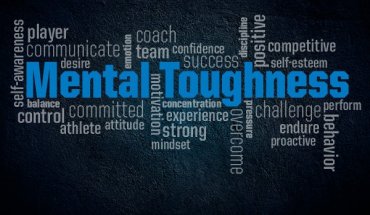 But, I just wonder what team GB is actually doing to develop their players’ mental toughness.

What are coaches in Britain doing to incorporate mental conditioning, or psychological skills training into their basketball programmes to produce the mentally tough athletes of the future?

As I’m writing this, I’m actually watching the GB men play China, and to be honest, they haven’t put a foot wrong and are about to get their first, well deserved win. Is it because there’s nothing to lose and no pressure, is it because China have been borderline terrible in this game, or have GB managed to focus and execute for 40 minutes? I’ll leave that to you to decide.

← Hello world!
Superbowl Sunday – Refocusing When The Lights Go Out! →